Bas Veekens has had quite the year at 013. With events being cancelled left and right, he started wondering: “What’s still possible?”. That’s how he came up with two brand new concepts for the concert hall in Tilburg, which took place over the summer. In this interview you read all about it and more.

Workwise it’s been quite the rollercoaster. At 013 we tried to anticipate each new phase of the covid-restrictions. From March until June our venue was closed, so I was mostly moving shows that were supposed to take place during that period to new dates. Around May / Early June it became clear that seated shows, that would also take into account the 1.5m distance rule, would be possible again from July onwards. So me and my colleagues at 013 started to think of concepts that could possibly work under these circumstances. Some of the things we came up with were a three day off and online experience of our hip hop festival WOO HAH! and a series of dance shows called ‘You’re Not Ready’.

In August it started to become clear that this seated 1.5m setting would be the only thing possible for the rest of 2020. We started to book a lot of shows taking these conditions in mind, for the period from September until the end of the year. Our agenda started to fill up, and shows (with acts like Worakls, Davina Michelle, Guus Meeuwis) were doing really well. However, mid-October the covid-restrictions were tightened, and we had to clear our agenda again, now until (at least) December 15. And that’s where we’re at right now.

You work as a programmer at 013 in Tilburg. You quickly mentioned ‘You’re Not Ready’, the first edition took place on the 17th and 18th of July. How was this concept born?

Basically the same way as every concept is born: looking at possibilities. And asking yourself the questions: “what is my audience missing, and how are we able to supply these needs?” There were many seated concerts during the summer, but none of them targeted at a younger dance-oriented audience. Of course, sitting at a rave is a strange concept, but we figured that the need to hear your favourite dj on a banging sound system, including a big visual spectacle, would weigh heavier. 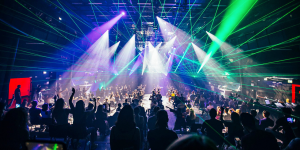 The past few years you’ve been busy with Give it Dub and Subquake to name a few, could you tell us a bit more about working on these events?

I always leaned more towards UK-oriented music genres, such as dubstep, grime, garage and jungle. From that background I started Give it Dub back in 2009. Around that time it sounded very refreshing, and it became increasingly popular in The Netherlands. Doornroosje in Nijmegen is Give it Dub’s homebase, and over the years we’ve been lucky enough to welcome some of the biggest names in the dubstep scene, such as Mala, The Bug, Skream and Kromestar, but also some rougher / harder names such as Doctor P, Cookie Monsta (RIP), 16-Bit and Gentlemens Club. Right now Give it Dub is one of the longest running, and still active dubstep nights in the Netherlands.

When I started working as a promoter at 013 in Tilburg, back in 2015, Subquake already existed. The concept was initiated by my predecessor, in 2013. There was already a lot invested in the concept and it was still a strong brand, so I decided to continue with this concept as the leading drum and bass event for 013. We actually started by taking a step back. Me and Subquake’s main marketeer (Mijndert Rodolf) thought this was necessary in order to restructure the concept. This has resulted in events for 400 visitors in 013’s small room, in 2015, up to the first sold out edition in 013’s big room for 3000 visitors, in 2018. Both Mijndert and I are happy about where the concept stands at the moment, but we’re always looking for new opportunities in order to improve Subquake and its events. 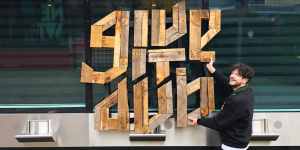 Workwise and socially it’s quieter than before, but I did try to invest in myself – both physically and mentally – which for me is definitely an upside to this semi-lockdown situation.

I started dj-ing in 2004. Just playing tunes in my bedroom and eventually at some smaller (harder styles) events. This was just for fun. Things got a bit more serious in 2009, when I started as a promoter. But at the very core, I think I ended up in the music industry because I’ve been passionate about music as long as I can remember. This eventually resulted into dj-ing, organizing events, and the position at 013 where I am right now.

And do you have any advice yourself, for people who are struggling?

Don’t be fixated too much on one goal. Always keep your options and eyes open.

The loads of good music that’s being released on a weekly basis. Even during this shitty situation we’re in at the moment.

In one word: collaborative. Obviously an idea normally starts within one person, but after that I always try to involve other creatives into the process. One simple example: when I have a certain line-up in mind, I go straight to certain people that I trust (ranging from other promoters, my colleague from production Keanu Janssen to other music fanatics) and present them my idea – hoping to receive feedback on which I can test my initial idea. In many cases this sharing of thoughts with the right people leads to an improved version of the idea.

Definitely. Some projects are: WOO HAH! 2021, being a mentor in a talent development program and of course 013’s program for 2021 and 2022 – including new editions of Subquake. 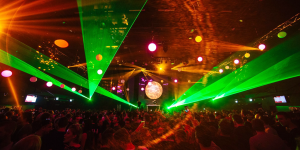