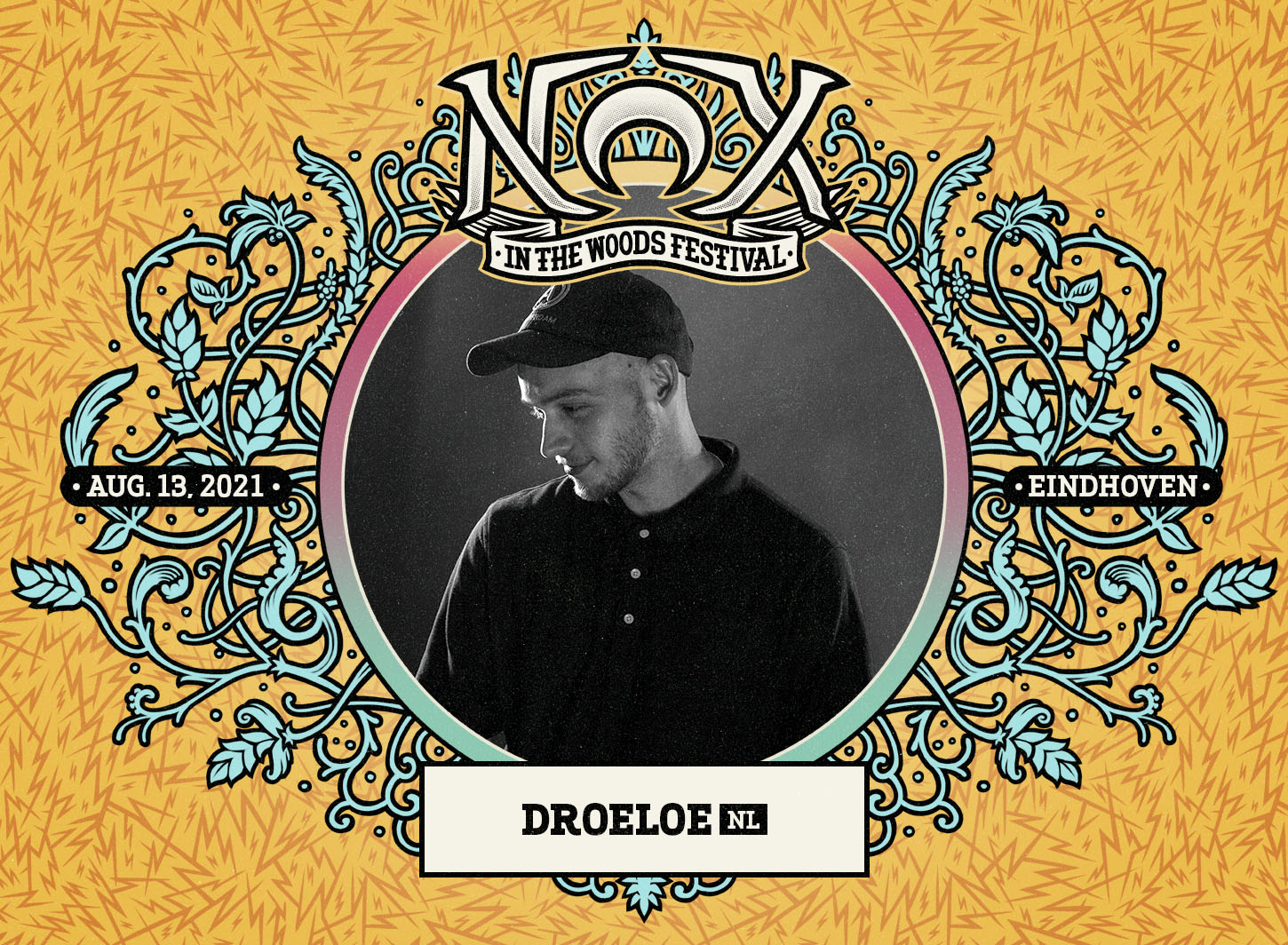 Playing all over the world, from Coachella to EDC, this time he’s playing right here in our Woods with his signature sound we love.

Hailing from The Netherlands, the signature skull has become synonymous with progressive music and breathtaking art highlighted by his impeccable percussion-heavy sound.

DROELOE, then as a duo, hit the electronic music scene in 2016 when San Holo brought them aboard bitbird where the duo released a string of singles through the rest of the year including zZz and Wake The Warrior establishing themselves as a new force to be reckoned with.

The duo returned to bitbird for their biggest piece of work to date – their debut A Moment In Time. Featuring five unique cover pieces and a beautiful visual storyboard, the EP was a hit amassing close to 25 million streams in less than a year and launching them on tour with San Holo on over forty dates across four continents.

This summer he’s ready to amaze you all with his incredible sound!