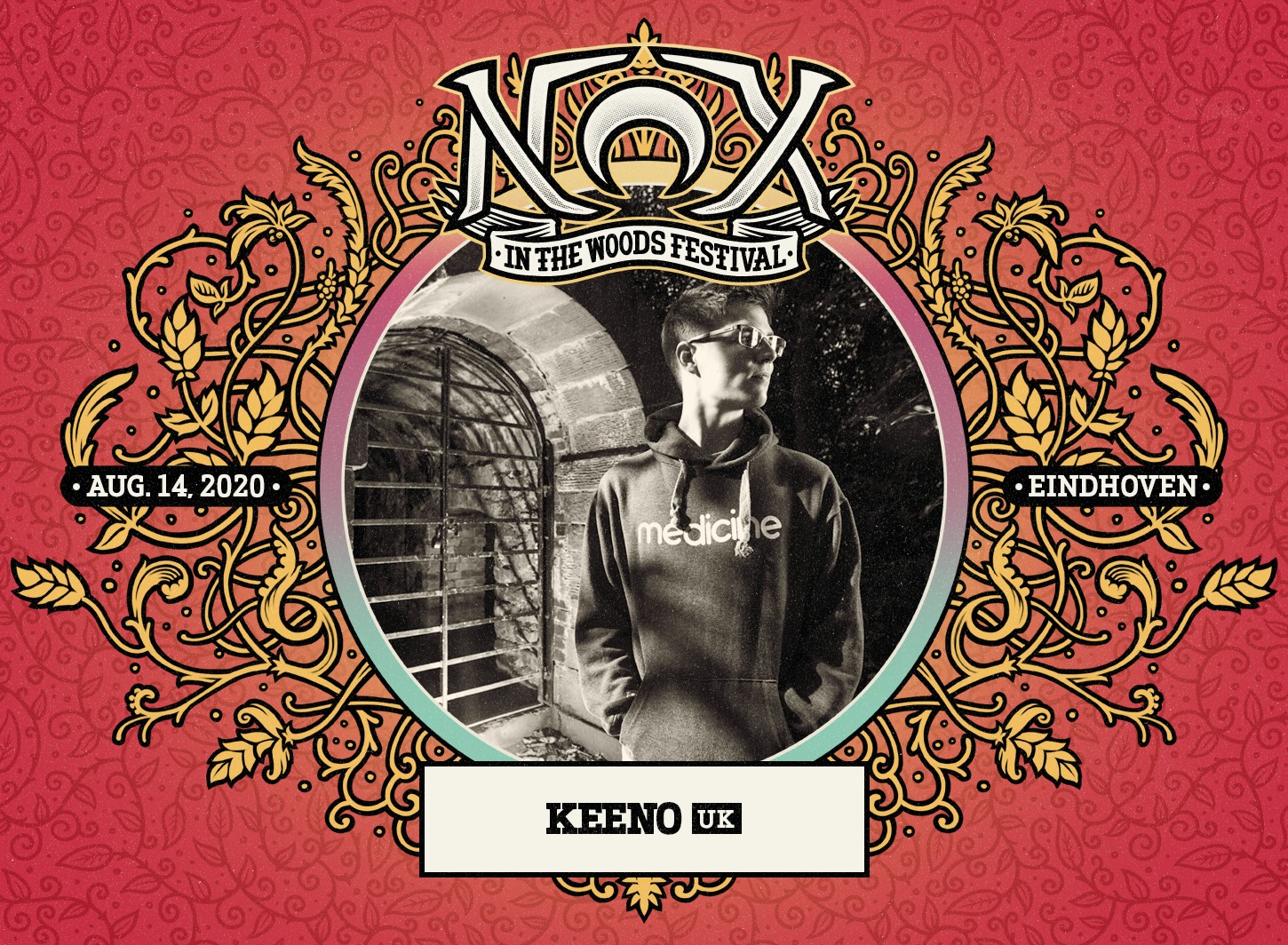 An artist that feels like coming home to us, as he headlined our very first edition in the Effenaar. Always a pleasure to bring his vibes to NOX, especially in the Woods.

Quite simply one of the most exciting young producers to grace the world of drum & bass in recent years, William Keen aka Keeno, is a classically trained, multi-instrumentalist whose music transcends the dancefloor and enters cinematic beauty.

His debut album, “Life Cycle”, released on Med School in 2014 was a masterpiece, revered by all who took the time to appreciate its craft – a perfect follow up to his debut release, the stunning “Nocturne” EP that entered the world of music late in 2013.

A couple of years and Keeno is burning brighter than ever – an accomplished DJ whose style and energy had ingited dancefloors across Europe and beyond.