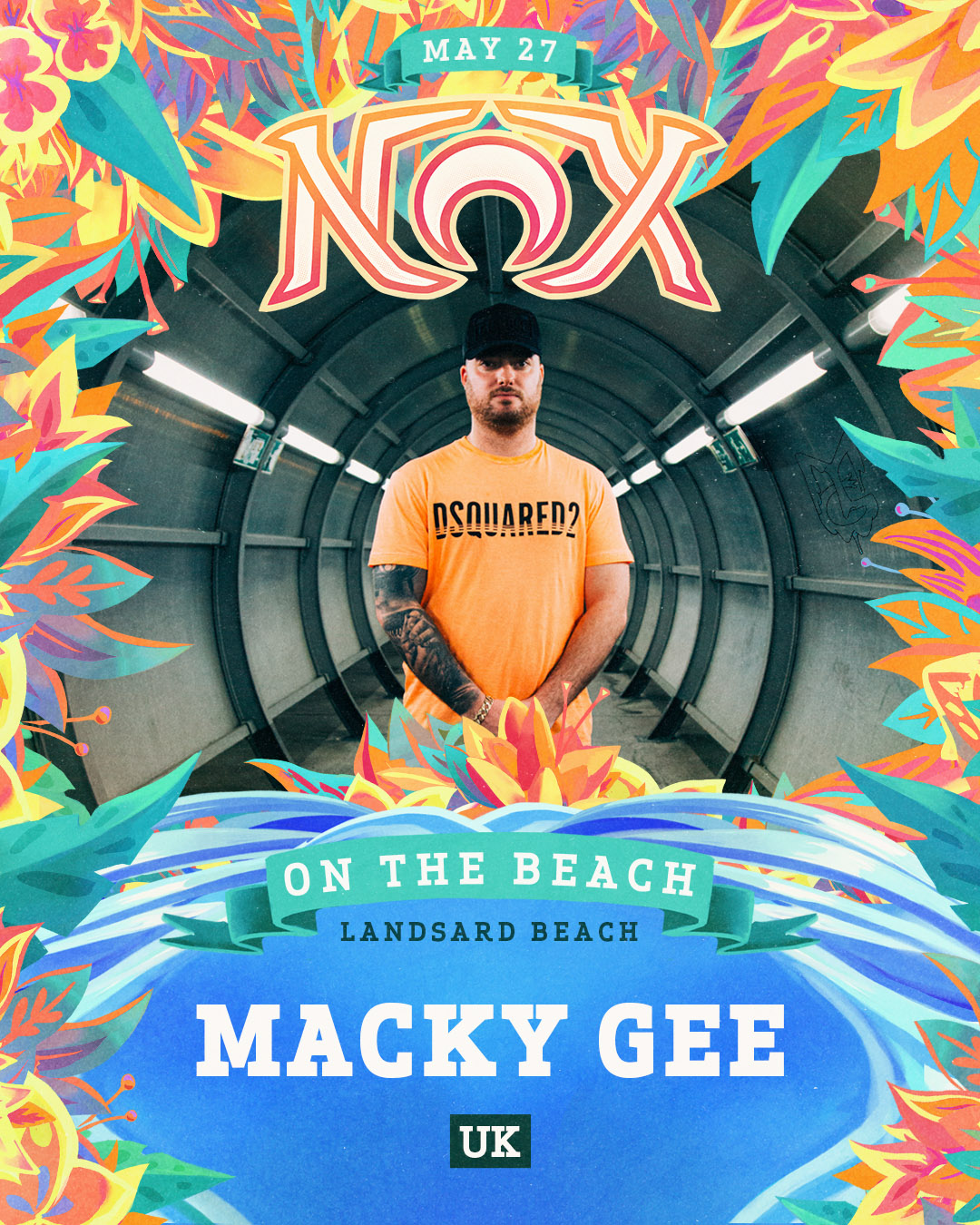 Smashing through the barriers of the conventional and carving a path for himself, Macky is without a doubt one of the biggest pioneers in the jump-up scene.

If that’s not enough, Macky Gee is also a member of DNB’s biggest Supergroup: SaSaSaS, which has been causing a major storm in the festival world till this day!

We are absolutely sure he’s going to leave a huge impression at NOX on the beach!