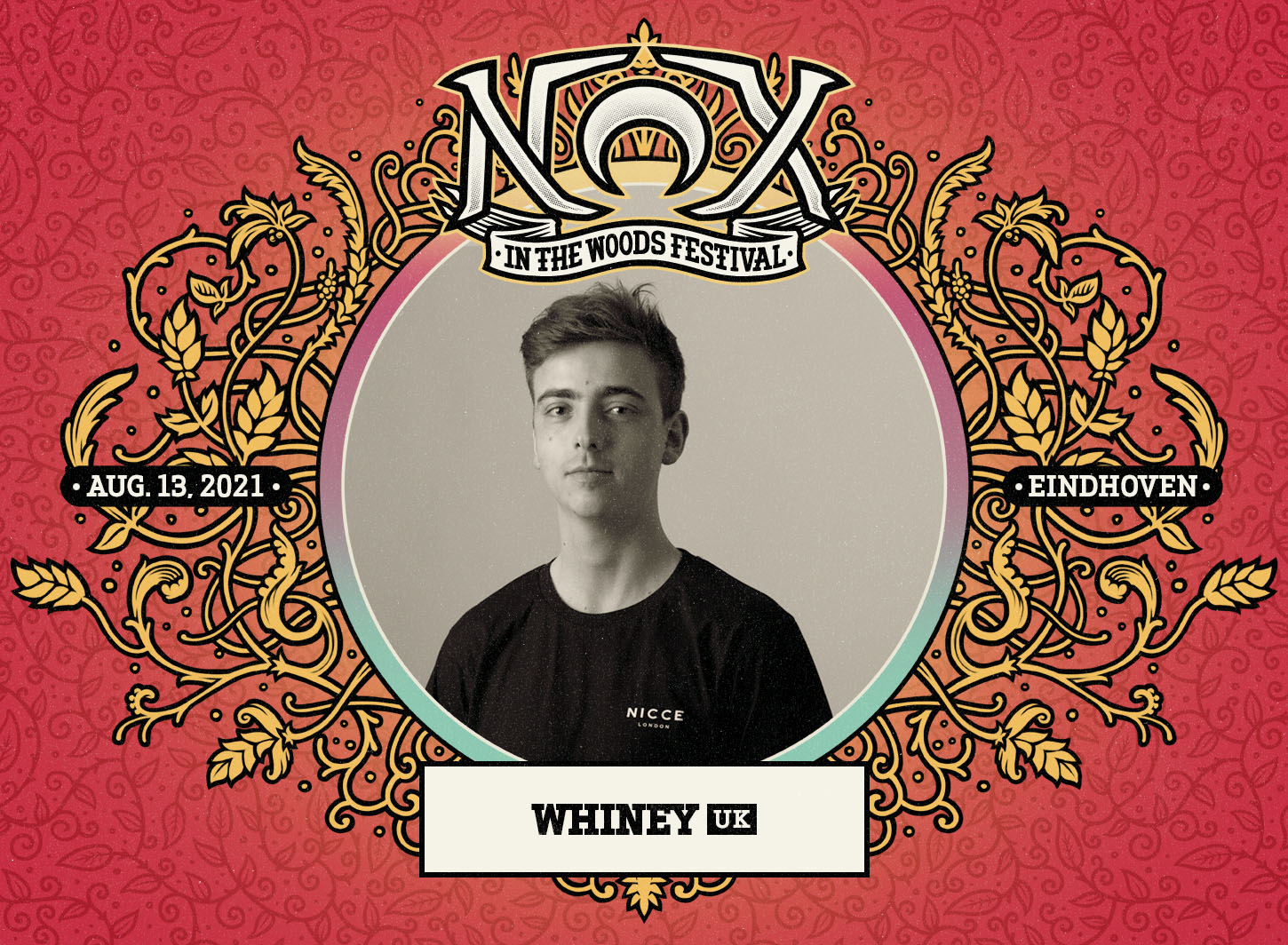 Of course we are inviting Whiney to our Woods! As a real Hospital Records veteran you can expect the finest selections of (liquid) dnb!

With over twelve years spent in choirs, orchestras and grade eight achievements in both violin and piano, it was inevitable that music was going to play a prominent role in Will’s future. After discovering a love for Pendulum and becoming inspired to delve into the world of music production, Whiney had his debut release on Subsphere Recordings back in 2012, a collaboration with Keeno called the “Sweetest Sin” EP.

In 2017, Whiney truly set the drum & bass scene alight with his incredible debut album ’Talisman’. An album of this calibre was only ever going to garner widespread support from the drum & bass community, and subsequently Whiney was nominated for three separate accolades at the 2017 Drum & Bass Arena Awards, up for Best Newcomer, Best Album and Best Track for the anthem that was ‘Flashlight’ feat. MC Inja.